Click here to see the Napster Animations fan page.  (You can watch them fullscreen if you click on the tv screen)

This is a small project my sister Berry and I worked on. It’s just a small way of paying tribute to this great saga of cool Napster animations from 2003. It all started a few weeks ago when I decided to watch a documentary on Netflix called Downloaded. As you probably guessed, it was about Napster, the famous peer-to-peer file sharing service that many of us had the privilege of using back in the day. It really brought back fond memories of me trying to download a full car 😉 back when I had a dial up connection and it would take ages but it would be so much worth it. Napster was the first of it’s kind, and arguably, one of the greatest inventions out there because it sparked a global revolution in the digital sharing of culture.

After watching the documentary, I also remembered that I had these animations laying around somewhere in an old hard drive. I didn’t actually downloaded them from the original Napster site, I found them somewhere else years later but I can’t find that site anymore. That’s one of the reasons I wanted to share them with the internet again, so that you can all watch them in their full SWF glory. The talented artist responsible for these awesome animations is Geoff McFetridge. The Canada, Japan, Jazz and Holiday 2003 animations were animated by David Elsensohn. These animations were used in a web and tv ad campaign back in 2003 to reintroduce Napster as an online music store, and reportedly, they were viewed by millions of people.

I’m a big fan of the simple style of design and animation, and if you add on top of that the fact that they don’t use any dialogs whatsoever and they still manage to tell clever and funny stories, it just makes them so much better. Unfortunally I’m still missing one animation where Napster breakdances called “Old School“, and there’s also 3 tv spots that I’ve never had the pleasure of watching. If anyone out there has them, I beg you, please share them with me.

As I said at the beginning, I did all the coding and my younger sister did all the design for this fan page. This is our first project working together and I think it went pretty well. It is a small project but we hope you enjoy watching the animations. 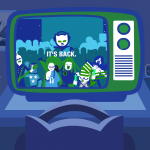 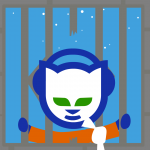 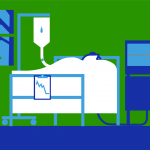 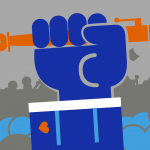 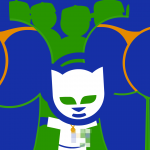 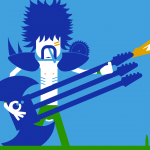 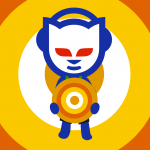 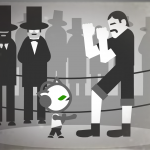 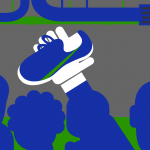 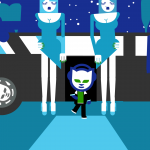 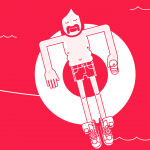 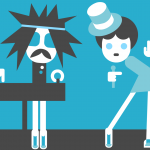 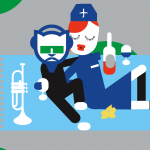 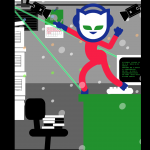 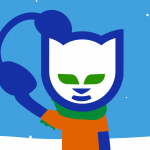