This wall painting was made back in 2011. It took me longer than I’m willing to admit but the end result is almost identical to the original design made by the great Si Scott.

I used a cumbersome technique that involved dividing and printing the design into almost 200 A4 sheets of paper, using a tiled printing program called “The Rasterbator”.

Then, using the pieces of paper as visual guides, I traced the design first and painted it later. It was a long process but I’m really happy with the way it turned out.

Next time I will use a video projector or a vinyl stencil to accomplish the same results in a much faster way. 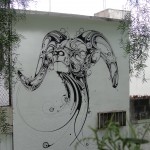 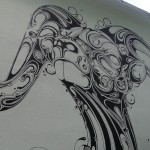 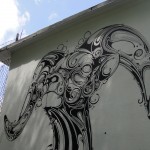 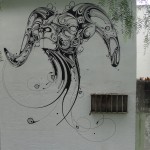